This One Time at Skate Camp...

(Ok, I must admit that I was a little concerned about using that title.  I'm old, and I haven't seen the movie from which the original quote came; I was afraid I may be missing some of its implications and sending an unintended message.  So, like any good middle-aged nerd in the information age who fears that there may be an unintended overtone to the phrase he/she intends to speak/write/text...I looked it up in Urban Dictionary.  While it appears that there were originally sexual connotations to the phrase, it has apparently fallen into common and innocuous usage.  So, if I misconstrued the Urban Dictionary and anyone came here intending to find something more exciting than tales of over-40 long track skaters doing dryland drills...sorry! :-)

Day three of masters camp is now done, and since I haven't even written about day two, I'm a little behind (well, based on what happened when I tried to wedge myself into my new skinsuit before coming out to Utah, I'm a big behind, but I digress...).  This morning as we warmed up for the first workout of the day a couple of fellow skaters joked that they wanted to see a 10-page post about everything that happened this weekend.  I don't think I can quite achieve 10 pages, but I do think it's time to hit on a couple of random highlights from the past three days.  So here, in no particular order, are some things that happened at skate camp:

I am officially old. 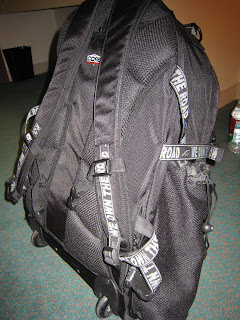 See, here it is, looking like a normal (if slightly oversized; I have a penchant for large gear bags) skate backpack. 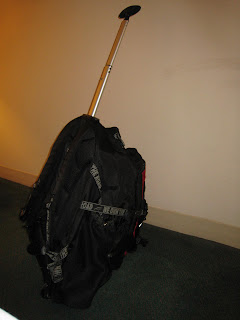 And here it is, showing its true colors as a glaringly obvious indicator of my inability to hoist great weights onto my aging back. 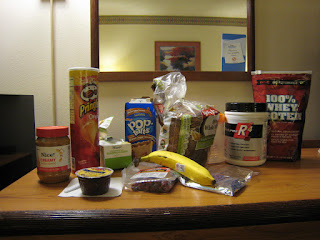 The poptart box is now empty (apparently skate camp requires 2 poptarts per day), while the Endurox  recovery drink has been banished from my post-skate routine.  I have discovered that it causes unfortunate, um, gas issues, which is not good when  you'll be spending the next two hours doing dryland with 28 other people.

...and my bag-o-goodies for between workout snacks. 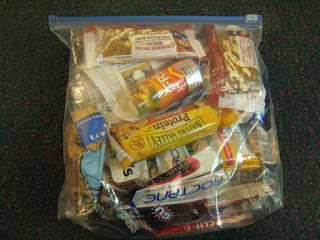 At least three people commented on my quantity of provisions...and this is after eating out of it for three days of camp! 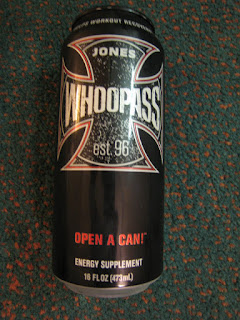 See?  An actual can of Whoopass. Who knew?

So, I think that ends the non-skating camp reminiscences.  Tomorrow (with any luck), I'll have a race report as well as a more serious look at what I've learned...because I've learned a lot, and I want to record that as well.  For now, it't time for a nice restful night of sleep with my soft new WalMart pillow.