And the Darwin Award Goes To...

This has nothing to do with skating, I just thought it was funny...

Yesterday the Hubster and I put up a short section of split-rail fence.  Since it was a nice cool day, we thought Keira (the dog who is so laid back she's usually horizontal) might like to join us for some lie-in-the-grass-and-sniff-the-breeze time.

Here she is; notice that the fence rails are doing duty as dog-restrainers.  Not that they're having to work very hard. 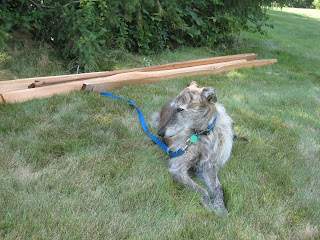 So there's Keira, relaxing on the lawn and doing her best statue imitation...when a tiny toad hops up onto her foot. 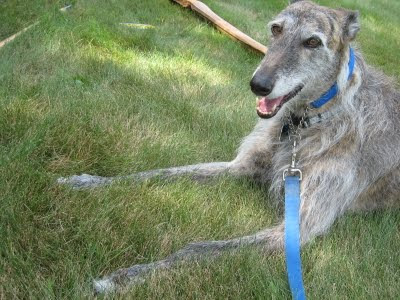 Yup, right there on her left paw...a toad.  Keira seems concerned, no? 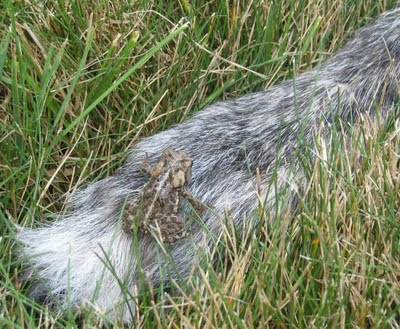 It would have been cute to get a picture of Keira sniffing the toad...but that never happened, because she never actually realized that someone was sitting on her foot.  The toad, for his (her?) part, also never seemed to realize that he hadn't just hopped onto a warm, furry rock.  Clearly he had no idea that he was perched atop someone who could, if she desired, turn him into a tasty toad-flavored snack in less than 2 seconds.  If she knew he was there, I mean.

It was all very Disney-esque in a "scene from Bambi" sort of way, but it did confirm our suspicion that our dog is not the brightest bulb on the string...